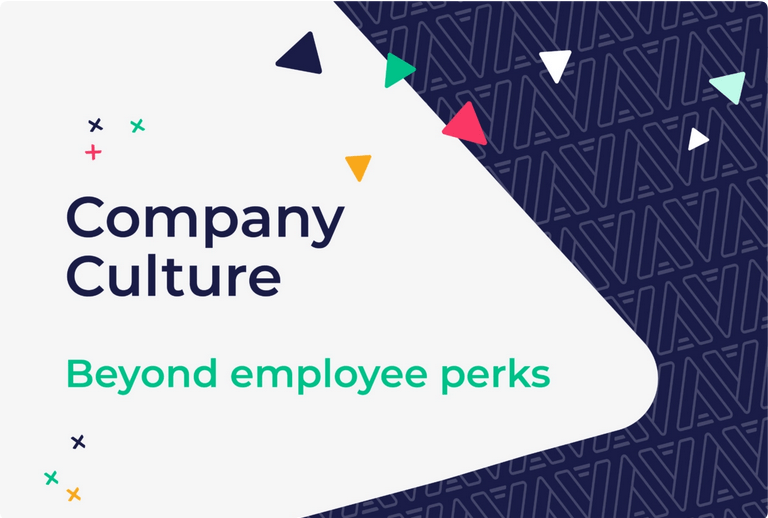 Company culture is the personality of a company. It is a unique and distinctive combination of factors including work environment, visions, values and goals. According to Frances Frei and Anne Morris of Harvard Business Review, company culture “guides discretionary behaviour” beyond the employee handbook and influences the hundreds of decisions that employees make every day. For example, some organisations, such as Google with their unparalleled employee perks – like free meals and on-site massages – take a more casual approach to their culture with little rules and regulations, whilst others may have a more formal and traditional management style.

Organisational culture can have a big impact on employee retention, morale and satisfaction. 88% of job seekers agree that company culture is a key factor when looking for a new role. A study by recruitment agency Ajilon shows that 14% of employees admit that a better company culture elsewhere would push them to leave their current role. Jobvite, a recruitment software provider, also found that one-third of job seekers left their previous role within 90 days and of that group, 32% cited company culture as a reason for doing so.

According to Alan Kohll at Forbes, there are multiple areas that employers can focus on to create a positive culture. He suggests that good cultures feature company goals that every member of the team can contribute to. Last year, Google was named the tech company with the best corporate culture with one of the reasons being their clear business focus.

Fostering social connections is also key for creating a positive culture, says Kohll. London-based engineering company Masabi has a flexible working environment that is geared towards team and company-wide meetings, and actively encourages social interactions with team lunches for example.

Kohll also suggests that organisations should place an emphasis on the mental, physical and emotional health and wellbeing of their employees. Online fashion retailer Zappos has their head office equipped with yoga and fitness studios, as well as a nap room for employees to rest. Any fitness expenses such as gym memberships or race entries are also reimbursed to encourage team members to remain active. Such perks are commonly provided for members of co-working spaces, such as WeWork.

Why should you invest in your company’s culture?

CultureIQ author Jamie Nichol says that there are a wealth of benefits to investing in a positive company culture. According to Nichol, a strong culture contributes to better employee engagement which, in turn, contributes to increased financial success, recruitment, and retention. A meta-analysis by Gallup shows that companies in the top quartile for employee engagement are 22% more profitable in comparison to those in the bottom.

As previously mentioned, a large majority of job seekers are concerned about company culture when applying for new roles. Nichol says that the culture of an organisation can be a key differentiator when it comes to attracting top talent. Once you’ve onboarded your new team members, they will feel ‘higher value in their work, and more committed to their performance.’ They are also less likely to leave, saving you costs and maintaining morale.

Culture is worth the investment. It keeps your employees enthusiastic and happy and your company financially successful.

Discover more about our culture at Arctic Shores.