Undiagnosed Dyslexia and me 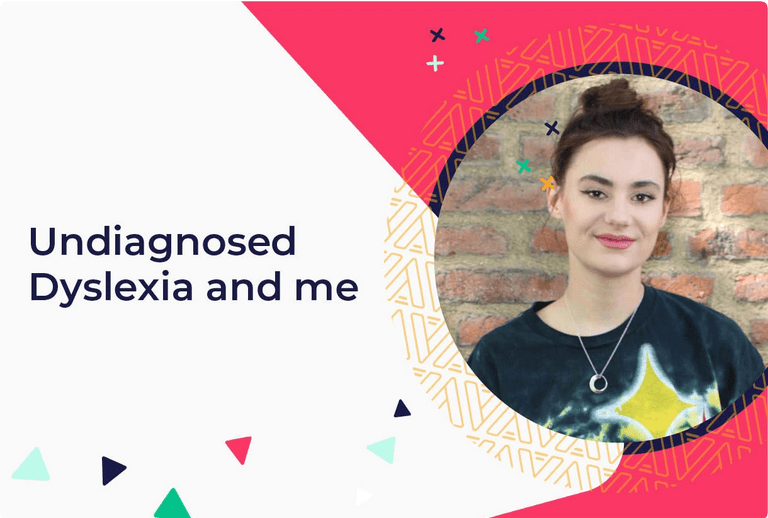 What does it mean to reach adulthood before receiving a dyslexia diagnosis, having gone through most of your years in education already, somewhat struggling with reading, memory or numbers? Our guest writer, Jade Franks, second-year Education with English and Drama student at St. Edmunds College, Cambridge shares her experience:

“In Bevé Hornsby’s ‘Dyslexics I Have Known’, I came across the following anecdote: ‘One of his teachers made the comment that if we had lived in Downtown Birkenhead (we are fortunate enough to live in…an 11 plus area) then [his dyslexia] wouldn’t have been noticeable!’. Not only was I surprised to see a reference to my hometown, I was also saddened to say that I had to agree with the point the teacher makes based on my own experiences with dyslexia.

The Wirral is an interesting area to have grown up, in that it is one of the smallest geographical locations with the greatest disparity in wealth. Unlike Hornsby, I was not fortunate enough to have lived in the ‘11 place us area’ and I cannot help but infer that this was why my struggles with reading and memory were not ‘noticeable’. My dyslexia was not diagnosed until March last year, at the age of 22, and although I wish I had known sooner, I am grateful to not have had to carry the stigma attached to it throughout my schooling.

In the current educational climate in which a dyslexic child’s socio-economic background would lead them to be classified as either special or a delinquent (MacDonald, 2009), I would rather have saved myself the label, my school the hassle, and my mum the money for extra tuition.

In school, I was aware that I had to study for longer hours, and in order to remember the information I used methods like watching videos online and using sticky-notes to associate information with locations in my house. I was already exercising some of the study skills that I only now understand to be advantageous to those with dyslexia.

I consider myself lucky in the sense that I managed to independently discover coping mechanisms that worked at a GCSE and A-Level standard. Reiff et al. (1997) found that the two key components of academically successful dyslexics are persistence and stubbornness. I would attach these two personality traits to myself and my academic success, and I am fortunate that these personality traits have, as an adult, led me to view dyslexia positively and I do not consider it a characteristic of myself which will hold me back, but rather one that propels me forward. Therefore, from here on in I will not be referring to dyslexia as a ‘disability’ or ‘difficulty’ but will endeavour to use more inclusive language.

Dyslexia itself is not the problem. It is not the individual who has difficulty reading, but rather the individual’s dyslexic perspective which can mean they have a challenging learning experience in the generic ‘one size fits all’ system currently failing in so many schools.

Considering dyslexia affects a staggering 5-17% of the population (Gabrieli, 2009), I can only name a couple of students throughout my entire primary and secondary school career who had any additional help or extra time in exams to account for slower reading and writing due to their dyslexic perspective. However, now at Cambridge University, my observation is that the percent of students with dyslexia is actually higher than the 5-17% which Gabrieli proposes. I cannot ignore the fact that most of my peers here were not educated in a state comprehensive school as I was, and wonder whether if I was privately educated, would I have been diagnosed earlier?

When I was struggling with such issues, particularly in regards to exams, I was told that I just needed to ‘write faster’ which I now understand was wholly unhelpful advice, as it was not my writing speed holding me up but rather the time it took to get what was in my head expressed on to paper, and taking pauses to re-read what I had put down. As I type now, I find that I still pause, to re-read what I have written as I am so conscious of incoherency or words being spelt far beyond the realms of correction by spell-checker.

For me, the benefits of not being labelled throughout childhood significantly outweigh the benefits of achieving higher academic success as a result of getting the extra help I should have had. I agree with Musgrove (2013) in that children’s biggest problem is not with their dyslexia itself, but the handicap created by adults and society. This ideology is echoed throughout the UK education system today, and I would argue that little is done in schools (mostly due to lack of government funding in this area) to successfully assist the ‘handicap’ society has created for those who experience learning differently.

As I mentioned, I am very fortunate in that the coping mechanisms I used to get me through A-Levels and GCSE’s operated effectively and got me this far. But when I came to University, I found myself struggling with reading, writing and memory, as well as my self-esteem. I am so grateful that Cambridge University recognises the symptoms and treats the diagnosis of someone with dyslexia very seriously, as well as paying for the assessment fee, which I would not have been able to afford otherwise. I have had an abundance of help offered to me since March to help reduce work-related stress and anxiety, and my study skills tutor has helped me refine my personal learning style to assist with revision.

However, I am now left to wonder how many people with dyslexia (diagnosed or otherwise) have been neglected because such help has not been available to them at any point in their learning career. I cannot ignore the fact that my diagnosis is a direct outcome of the privilege I now have because I study at this university. It is a saddening conclusion that while those with dyslexia are capable of academic success, due to labelling, the status of their school, and whether or not they have discovered coping mechanisms that work for them at an early enough stage, not all of them achieve their potential.”