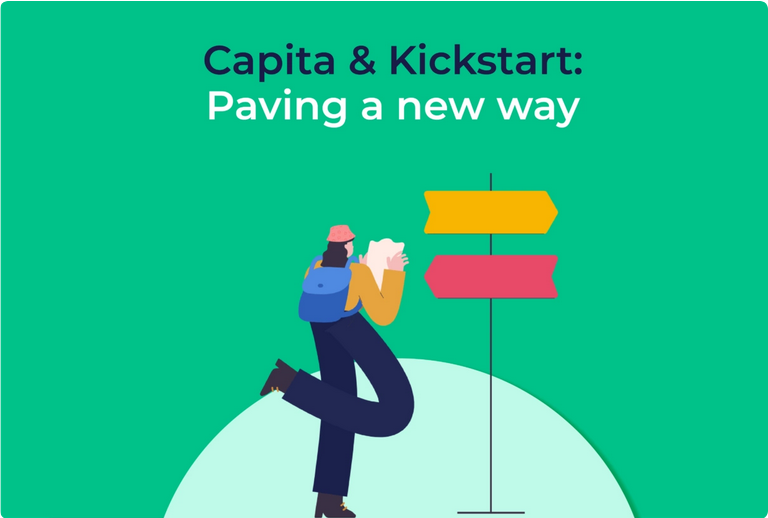 The Kickstart scheme is built on the belief in human potential, and the mission to give incredible people a voice that’s heard, no matter their background. And it’s never been more important to do so: last year’s State of the Nation report described inequality that, even before the pandemic, was entrenched “from birth to work” throughout the UK.

That’s why we’re proud to support Capita’s efforts to pave a new way – to help young people all over the country level up in the areas they need it most. Here’s a summary of our work with Capita’s Kickstart campaign (so far!), and the impact that work is having:

Capita wanted to identify those young people who would truly benefit from their Kickstart campaign. This meant assessing against two data points, simultaneously: cognition and behaviour. And, as ever, all of this had to be both accurate and entirely fair.

While Capita’s Kickstart programme is by no means over, of the 27 offers made so far:

With these inclusive fit profiles, Capita could be confident that incredible people weren’t slipping through the net because of their socio-economic status or background. Instead, they could continue to champion fairness in all its forms.

This, again, stems from assessing against a pair of fit profiles that were entirely fair and accurate:

So, not only can Capita put aside candidates’ socio-economic background, the team can also continue to look beyond gender, ethnicity and neurodiversity when measuring potential. The focus remained solely on who was equipped to benefit most from the Kickstart programme – as it should be.

Many Kickstart candidates will have never encountered psychometric assessments. Which meant the experience mattered. A positive experience would reflect well both on the Kickstart initiative, and on Capita as an employer.

So, we were happy to see that:

Here’s what some of the Kickstart candidates had to say:

“I think this is a great way to conduct an assessment! It’s especially useful for someone with a lack of work experience or education, who has the skills for a role, but does not have the academic/work credentials to prove it. This assessment gives candidates that opportunity.”

“I enjoyed the creativity and innovation behind the assessments. The use of tasks as a testing method nicely aligns with Capita’s tech focused and digital services. I thought that this was well-mirrored with the firm’s aim to be innovative with their solutions.”

“Certainly a unique and interesting method of assessment. Both informative for the employer and enjoyable for the applicant. The sort of thing that other companies should employ.”

Ripping up the CV

Arctic Shores’ assessment was just one of the ways Capita levelled the field for Kickstart candidates. In fact, Capita’s approach wasn’t ‘normal’ at all.

Firstly, Capita took a positive approach to attracting a diverse group of candidates, actively targeting those from lower socio-economic groups and ethnic minorities. Then, once candidates had taken our assessment, they were progressed to a supported learning task and a psychological contracting session with their future line manager.

Needless to say, this isn’t traditional. Instead, it’s a vision of an assesment process that’s set up to truly see beyond the CV.

Capita wanted to find the people it could help the most. And with Arctic Shores, it wasn’t just possible
– but simple, fair and accurate. The snapshot we’ve shown here demonstrates how, together, we’re contributing to better mobility, brighter futures, and a world of work that truly represents the world at large.

Keep up the great work!