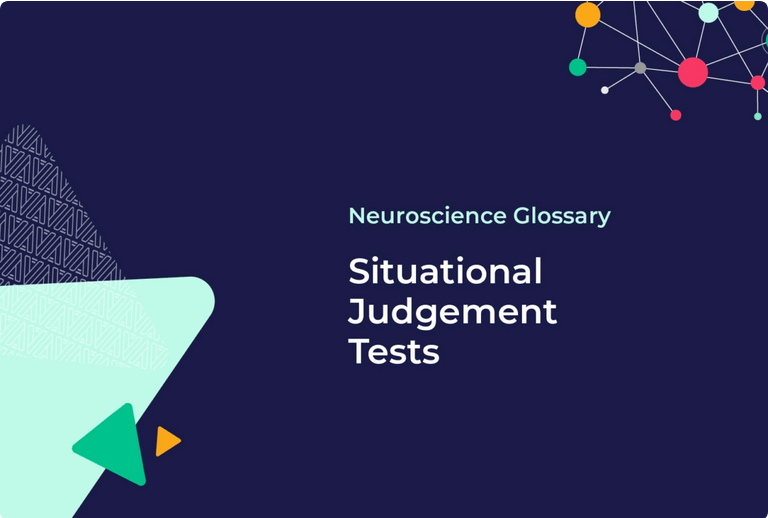 What is a situational judgement test?

Situational judgement tests (SJTs, for short) are a way for employers to measure how candidates approach certain common situations at work. They’re intended to dig a bit deeper into important competencies linked to success in a given role, and are part of a psychometric assessment.

How does an SJT work?

SJTs put candidates in scenarios that they could end up facing in the role. They’ll be given a range of different approaches for each scenario, often four or five, and will be asked to choose the one they think is most appropriate.

Some types of SJT ask candidates to rank or rate each approach, rather than just choosing the ‘best’ one. A bit more on those later. For the moment, let’s look at why employees use SJTs in the first place…

Why do employers use Situational Judgment Tests in recruitment?

The biggest reason is that, on the face of it, they give you a window into how someone will actually behave in the role. In this way, they’re more predictive than a CV, or an interview, and support more accurate screening. This is supported by academic resources, which suggest that the longer SJTs are good predictors of workplace performance.

They’re also pretty efficient. Normally completed online, they give employers near-instant access to the data, without requiring much legwork from recruiters or hiring managers.

This type of SJT presents candidates with a situation, and then asks them to choose (as the name suggests) the most effective and least effective approaches from a list.

This is where the test asks candidates to give their opinion on how each approach rates, often on a scale from counterproductive to highly effective.

A type of SJT where candidates rank all the approaches on a scale from most to least effective.

A slight adaptation of the ‘most & least effective’ category of SJTs. This type of test asks you which approach to a scenario you are ‘most likely’ to take. In this way, it encourages the candidate to reflect a little bit more on their own style, behaviour, and capabilities.

Situational Judgement Tests present hypothetical situations – perhaps scenarios that the candidate has never been in. In a high-stakes environment, this can easily lead to answers that are socially desirable. In other words, what they think you want to hear. Academics have recognised the so-called “fakability” of SJTs.

This often occurs unconsciously – most candidates don’t knowingly try to fake. But it can still mean you’re not getting a clear read on each candidate’s unique potential.

Certain types of SJT have been found to unfairly impact minority groups like the disabled. A recent example in January 2021 saw the BMA call for a review of online SJTs in academic circles, citing a lack of reasonable adjustments available to disabled candidates.

Academic review has also found that Situational Judgement Tests naturally favour female candidates, indicating a gender bias. Some academics have suggested this is because women naturally score higher on traits like Agreeableness, and Sociability (often tested in SJTs). But this is just speculation at the moment – there’s no conclusive evidence yet on that.

For now, all they know for sure is that SJTs disproportionately lead to female candidates progressing.

Candidates with access to coaching can greatly improve their SJT scores. This has two impacts on your process:

SJTs are one way for you to see more in people. But they’re not the only way, and, we’d argue, they’re not the best. If you’re looking for a way to see potential that’s fast, fair, and effective, it’s time you saw our behaviour-based assessment. Arrange a quick chat here.