Diversity: Beyond age, race and gender 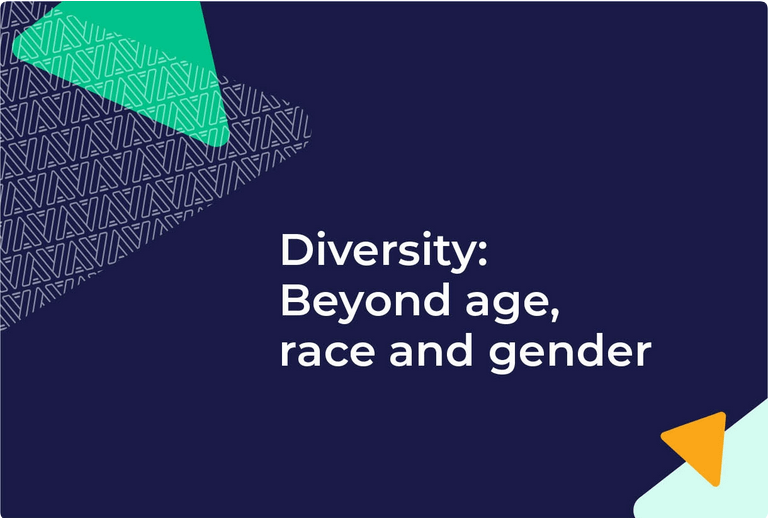 In recent years, celebrities have spoken out about and openly celebrated their neurodiversity. Actor Will Smith, chef Heston Blumenthal and Olympic swimmer Michael Phelps have all spoken publicly about their ADHD whilst Richard Branson has discussed how his Dyslexia has played a role in his success. But what exactly is neurodiversity, and how can it be embraced in the modern workplace?

The term ‘neurodiversity’ was first coined in the early 1990’s through the Autism Rights Movement. It aimed to shift people’s thinking towards mental health conditions and disabilities – to have them viewed as strengths as opposed to deficits. Since then, neurodiversity has been used as a term that encompasses a range of conditions including ADHD, Developmental Coordination Disorder, Dyslexia and mental health conditions such as anxiety and depression.

Neurodiversity in the Workplace

A recent poll by the CIPD suggests that 72% of HR professionals have not considered neurodiversity in their people management practices, despite 10% of the population being neurodivergent in some way.

In his work The Power of Neurodiversity, Dr. Thomas Armstrong, Executive Director of the American Institute of Learning and Development, suggests “there is no such thing as a standard brain.” Instead, there is a seemingly boundless range of human brain functioning and behavioural traits which should be embraced within the workplace. Hiring neurodiverse talent is highly beneficial for workforces.

Recent research by the Advisory, Conciliation and Arbitration Service shows that neurodivergent employees attribute their career success to skills associated with their neurodiversity, such as creativity, lateral thinking and planning ahead. Steve Silberman, author of NeuroTribes which discusses the history of autism, supports the view that neurodivergent individuals have the ability to think outside the box and identify and solve problems in ways that neurotypical individuals cannot.

Very often, only small, reasonable adjustments are necessary to support different ways of thinking and working. For example, software company SAP have made their recruitment processes more creative by introducing gamified interviews to better suit candidates with autism. The interviews involve building a robot to assess candidates on their problem solving approach.

The physical working environment can also be adjusted, as this may create barriers for those who are neurodivergent – particularly if they have acute sensory sensitivity. The CIPD suggests that office lighting is neutral or natural; neurodivergent individuals have a quieter area to work or are permitted to work with headphones on; and that equipment has clear operating instructions. Generally, awareness training and advocacy at senior levels is also key to ensuring a comfortable workplace for all.

So how can psychometric assessments empower employers to embrace neurodiversity? Research suggests that behaviour-based assessments may be advantageous compared to traditional, self-report measures for neurodiverse individuals. The benefits include higher motivation and engagement, reduced stress levels and increased self-efficacy – an individual’s belief in their ability to achieve goals. One study demonstrated that neurodiverse individuals exhibited higher motivation and concentration, and hence performed better on a gamified version of a working memory task than the traditional version. Our behaviour-based psychometric assessments measure constructs beyond working memory (such as altruism, innovation potential and sociability) which are often strengths among neurodiverse individuals, according to Dr Armstrong.

How does Arctic Shores Embrace Neurodiversity?

Our Science Team is currently conducting research in collaboration with a number of universities to gain a deeper understanding of neurodiverse individuals; from how they respond differently in our behaviour-based assessments, to their perceived fairness of the tools.

After candidates complete our assessment, they are given instant feedback in the form of a report highlighting their strengths and development areas. This encourages individuals to develop and utilise their strengths, even if they were unsuccessful in the selection process. An article by The British Psychological Society advises that any feedback should be positively worded and reiterated throughout the assessment when neurodiverse individuals are being tested. Our assessments are reassuring through effective and encouraging language and rewards in the form of points or stars. Whilst these are not reflective of the candidate’s performance in terms of progressing to the next stage of the recruitment process, it provides an engaging and reassuring element.

As interest in the field of neurodiversity develops, we plan to continue to be at the forefront of research and champion industry best practices. It is of utmost importance to us that our behaviour-based assessments are fair, as well as strengths- and evidence-based. Our in-house team of cognitive scientists and researchers work tirelessly to make this happen.