Scrap the CV: The barriers and benefits 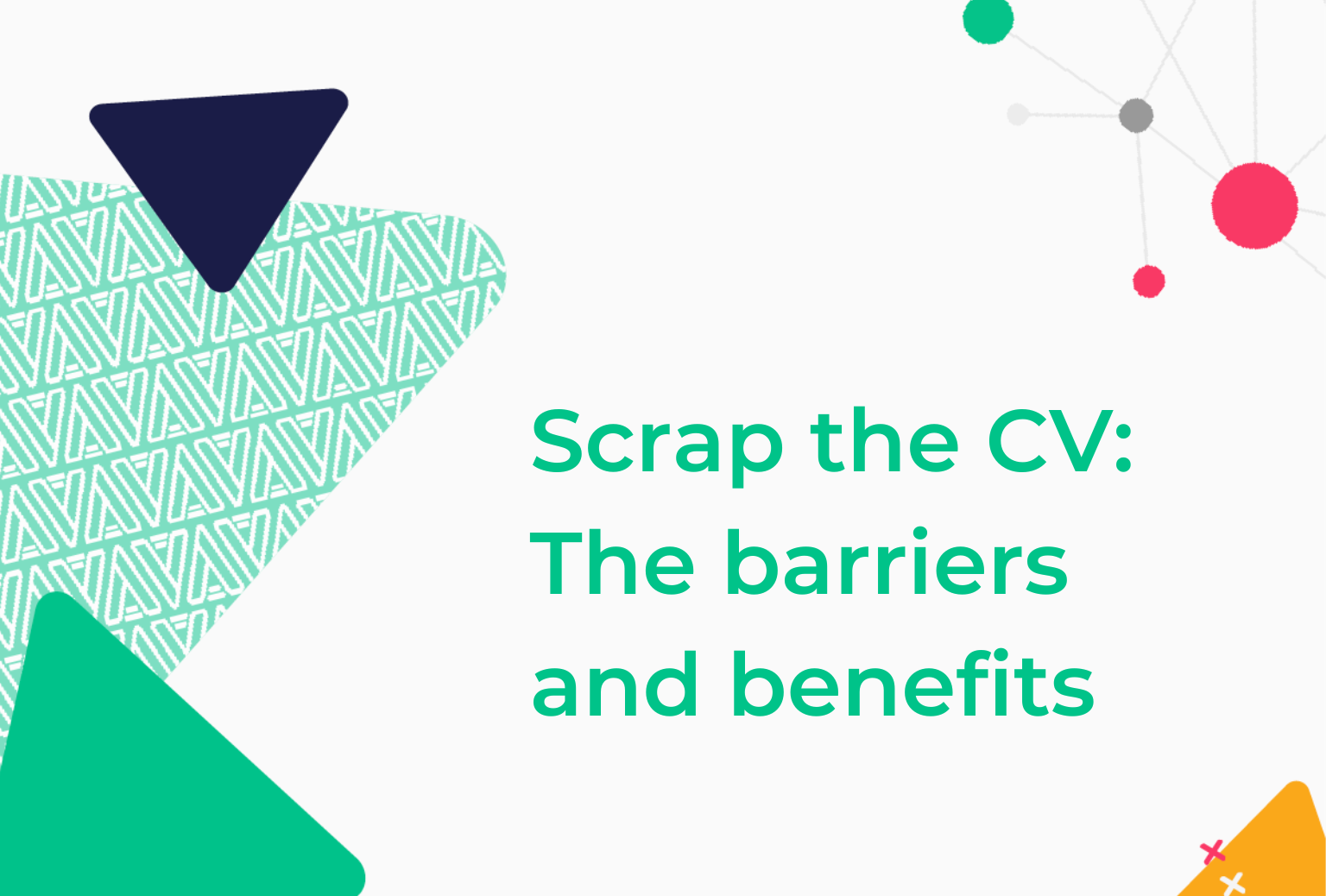 Predicting the death of the CV isn’t new. There have been calls for CVs to be abandoned many times over recent years. And yet, as each year passes, employers still rely on them.

This begs the question: why can’t employers break out of the CV cycle?

Unfortunately, although employers know that CVs aren’t the best option, they’re often considered the only option. In fact, our recent survey found that respondents were blocked by the belief of a lack of viable replacements, hiring manager objections, and a lack of time and resources.

But we’re now seeing the dawn of a new era. Employers are finally scrapping the CV for good – putting potential over past experience.

And it’s just as well – today, we’re in the middle of the greatest skills mismatch since the Industrial Revolution. As the digital economy looks set to create nearly 100 million new roles in just three years, selecting for experience no longer makes sense. It’s time to find new ways to assess job fit.

To explore the barriers and best approaches for scrapping the CV, Arctic Shores and HR Grapevine held a webinar with Robert Newry, our CEO and co-founder, Janine Garn, Head of Talent Acquisition and D&I at Leyton, and Mari Milsom, Independent Resourcing, Social Value and Workforce Consultant.

Moderated by HR Grapevine’s Erik Niewiarowski, the webinar explored how widespread experience-based hiring is, how attitudes to the CV are changing, and how to transition from experience to potential in hiring processes.

Recruitment methods of the past don’t solve current challenges

Robert kicked off the session by setting the scene about the current barriers that CVs create. This includes holding back social mobility and not actually showing you if someone is good for a job. For example, someone who only has experience in the hospitality sector may be overlooked for a tech role because they don’t have the ‘relevant’ past experience. And yet, this candidate could have all the transferable skills and behaviours needed to excel in that role.

There’s no doubt that there’s an embedded (often unconscious) bias in CVs. In fact, a poll conducted during the webinar found that 87% of attendees feel that the CV is a primary source of unconscious bias. 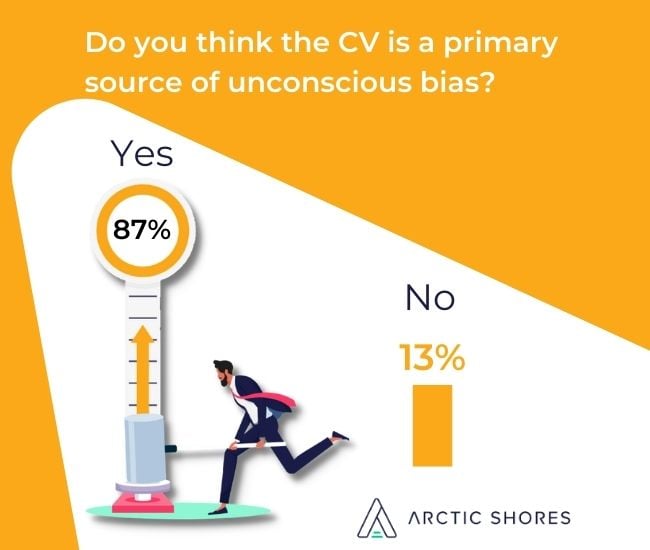 That bias doesn’t go away when using ‘blind CVs’ either. Robert advised that blind CVs simply put a plaster on the issue. The bias instead shifts to another part of the CV – including where the candidate went to university, whether they have a similar hobby, and if they’re located in an area that the hirer is familiar with.

Change is something that we as humans often shy away from. But businesses must break out of the mindset that CVs are the only option.

Proving the value of scrapping the CV

Janine agrees, emphasising the need for education within businesses.

Leyton has scrapped CVs for entry-level roles, and is working on doing the same for senior hires. However, Janine warns that “the perception of the risk is a lot higher at experienced levels” as the CV has always been seen as a reliable hiring tool.

In fact, a poll conducted during the webinar found that only 5% of respondents would scrap the CV for skilled hires and only 2% for executive roles.

This is something Janine and her team have been focusing on. In particular, they have developed senior advocates within the business and collated tangible proof around why CVs don’t work.

For example, after partnering with Arctic Shores to scrap the CV, Leyton’s management team noticed a significant difference. The new cohort was easier to manage and reached the productivity curve three times faster than their traditional counterparts (two months compared to previous hires at six months). Once the management team had bought into the benefits of scrapping the CV, Janine sat down with them to present some CVs and determine whom the management team would pick. The CVs the team disregarded happened to be the top achievers of the new cohort!

The benefits of scrapping the CV for a tech-baesd solution like Arctic Shores Una don’t stop there for Leyton. Janine reveals that they are currently spending only one-tenth in recruitment cost than before - giving them a 90% cost saving!

Not screening out, bringing people in

Mari, who was previously Head of Resourcing at Capita and British Airways, agrees that many companies default back to CVs for senior hires. And unfortunately, there’s a mindset of ‘if I was recruited via a CV, why shouldn’t they be?’.

When it comes to diversity, this poses a real challenge around candidates being overlooked for new roles and progression.

Mari advises that without CVs, employers can still assess for skills, motivation and ability. But instead, there won’t be any bias around where that experience was gained. For example, employers won’t screen out automotive engineers for a nuclear role simply because they don’t have experience in the nuclear sector. The skills, motivation and ability is the same in both roles.

Marisol also focused on the challenges of hiring in terms of culture. She warned that CVs can result in good candidates, but “there are behavioural and cultural issues that come out at a later date”. By prioritising behaviour at the start of the hiring process (via psychometric assessments), you don’t hit that problem later down the line.

Is your glass half full, or half empty?

During the webinar, Robert emphasised the need for a ‘glass half full’ mindset when it comes to scrapping the CV. There’s a real opportunity to make a change – to improve social mobility and diversity, and reduce bias – but businesses need to take that brave first step.

Missed the webinar? Watch it on demand here.