What is a psychometric test? 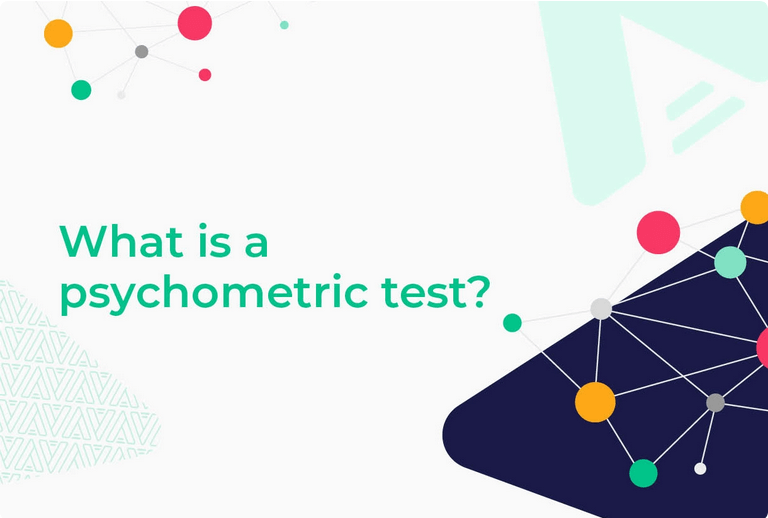 Psychometric tests, in all their forms, are designed to measure certain aspects of how a candidate’s brain functions and responds to various scenarios and stimuli. Depending on the type of test, they can grant employers rich data on an individual’s cognitive ability (or, intelligence), personality, behaviour and motivations. Ultimately, this data should make it easier for employers to establish how well candidates fit the requirements of a given role.

This is a broad church of tests, effectively referring to the measurement of intelligence/ability. While this can, therefore, relate to a whole host of qualities, some of the most common types include:

Most often, aptitude tests focus on what is called maximum performance. In other words, they ask questions where answers can only be right or wrong.

These effectively seek to do what they say on the tin: give employers a clearer idea of the type of person a candidate is, going beyond their aptitude to instead consider how they behave and react in certain situations.

These tend to focus more on typical performance, where questions are more abstract and focus on how candidates tend to behave or perform. Here, there’s much less focus on right and wrong.

Psychometric tests most commonly come in the form of questionnaires, which candidates fill out within a set time period. While these had historically been in paper format, today they’re mostly completed online. This shift still represents arguably the most significant and widely-adopted innovation in the sector’s history.

These tests generally present statements relating to the candidate’s characteristics, and encourage them to decide how applicable each statement is to them. This is called self-reporting. Such statements are often constructed to try and disguise what’s actually being assessed, so as to avoid faking or so-called ‘impression management’, where a candidate tries to paint a picture of themselves that’s more socially desirable. A typical example is ‘I regularly take different routes to work’, rather than ‘I’m very creative’.

While this form of assessment remains most common, the industry is also seeing the rapid rise of more progressive formats. These include interactive role-playing tasks or ‘game-based’ tests, designed to mitigate test anxiety and produce more authentic, work-relevant responses from candidates. All in the name of painting a clearer picture of their capabilities and suitability for a given role.

While your business’s needs and challenges will be unique, tests used by different organisations will often look similar. Why? Because it’s how results are interpreted that counts. One company might be looking for high Emotional Stability, while another will prioritise Learning Agility, for example. It all comes down to how responses are ‘scored’. To establish what’s important for each organisation, there is usually a comprehensive onboarding process.

This process allows test developers know which traits and psychological constructs they really need to assess for, based on the role’s requirements, and helps to streamline hiring processes that can otherwise take too long. In this way, it can be argued that this research phase is just as important as the actual test itself, especially in less common roles with very specific requirements. The analysis process can include desk research, stakeholder workshops and interviews of existing employees.

So it’s important to note that, when we talk about psychometric assessments and their implementation, we’re often discussing more of a process than you might initially think. The test itself, whether that’s a questionnaire or a more interactive assessment, is just one element to consider. To get the most out of any investment, you’ll need to understand and contribute to the steps that come before any testing is conducted.