Why consider a psychometric assessment? 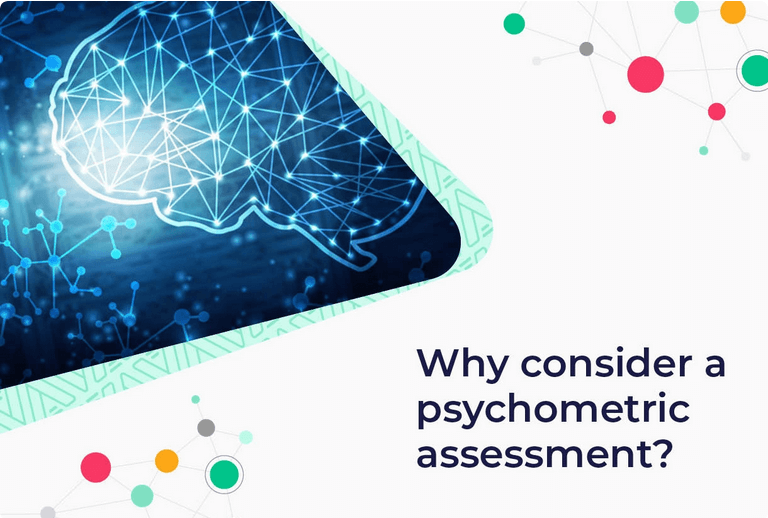 The benefits of a psychometric assessment to your hiring strategy

We noted in this paper’s introduction that, during wartime, psychometric tests were ultimately pioneered to provide more data. This remains true, and is one of their core benefits. But it’s not the only reason you might be considering using them today. In modern times, growing awareness of challenges like bias and the cost of high turnover mean psychometric tests often have far more strings to their bow. Let’s look at some of their common benefits.

Even with UK employment hitting record highs before Covid-19, enterprises can still expect to receive thousands, if not hundreds of thousands of applications annually. That’s a lot of CVs for those in talent acquisition to consider, and so it makes complete sense to sift early in bulk based on candidates’ abilities.

This is where psychometrics can be valuable. If you’re on the receiving end of a deluge of applications, these tests can give you a quick, clear idea of who meets your benchmark for suitability without the need for intensive labour on your part. This, in turn, can lead to shorter hiring processes and considerable cost savings.

While CVs and interviews are often seen by candidates as ways to convey their strengths, employers also need to see their development areas. This can be difficult, however, given how it may seem to be in candidates’ best interests to hide them from you. Psychometric tests can help employers to see these growth areas more clearly, beyond candidates’ efforts to appear socially desirable. This allows you to establish a more complete, transparent picture, with likely development areas balanced alongside the more obvious strengths.

The holy grail for anybody in talent acquisition would surely be the ability or predict the right hires before you make them. This benefits both the candidate and the employer:

Candidates can in many instances not realise that they’re poorly suited to the role they’re applying for. Establishing the right fit beforehand saves them the frustration of feeling like a square peg in a round hole once they’ve started the job. They’re more likely to stay in a rewarding role that they feel suits them, whereas a poor fit may see them choose to quickly depart. This inevitably thrusts employers back into the talent market for that particular role.

If poorly-suited employees don’t leave of their own volition, there is likely to be a period where your internal resources are drained trying to bring them up to a certain standard. This means added stress for your other employees, tasked with supporting the new recruit. After this period often comes the realisation that job fit cannot be engineered, and so a replacement is required. The search process will need to be repeated, duplicating costs and effort. Previous investments made in training will also be lost.

The ability to predict suitable hires has the potential to save employers from this experience, thereby softening the blow of employee turnover to your annual budget.

Psychometrics, in most cases, can give you the deeper understanding necessary to tell whether a candidate has what it takes to thrive in both the role and your organisation more generally (taking aspects like culture into account).

In this way, they can help you build on more traditional data sources like CVs and interview responses. These alone aren’t sufficient indicators of candidates’ suitability. Crucially, an overreliance on these (and on one’s ‘gut feeling’) can be a slippery slope to unsuitable, expensive hires.

Psychometrics can help ensure you never fall into this trap, and instead, provide a new layer of data with which to more accurately predict the right hires for you.

Talking of these traditional data sources, and of gut-feel hiring, these are gateways for hiring bias to thrive in your business. Using interview responses as the main indicator of role suitability, for example, leaves you exposed to so-called homophily. That is, the biologically-hardwired tendency for humans to seek out and commune with people who look, sound and think like us. This can mean that, knowingly or not, hiring managers are more likely to hire those of their own ethnicity, gender, class or sexuality.

Psychometric tests have proven to strip out much of this bias and help prevent against the halo effect’s occurrence, improving the diversity of talent pools in the process. Diverse teams have been proven to have numerous different benefits. Not only does it serve a clear ethical purpose, but it also helps guard against the risk of all your employees thinking in the same way. By boosting so-called cognitive diversity, you’ll improve your team’s ability to solve problems and innovate. Executive-level diversity has been found by McKinsey to also translate to greater profitability at the company level.